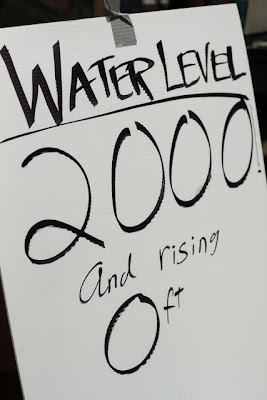 A long hot Summer of hit and miss racing kind of put a damper on my motivation. It seemed like no matter my fitness, my race results have been ordained by the temperature, I.E. meltdown madness. Nonetheless, I have had a few good results lately and that was enough spark to push me up to Fayetteville, WV for one of my favorite races of the year. Captain Thurmond's Challenge!

The CTC is an unusual style triathlon. Totally offroad, each leg of the event could be a challenging race on its own. It embarks with a leman's start to a Mtn. Bike leg, followed by an 8 mile Class IV kayak down the New River gorge finishing with a brutal 8 mile climb out of the gorge and back into the cool little town of Fayetteville. Starting as a "challenge" among friends, the race has grown each year to be a full blown solid competition. With its largest field including the past 4 year's champions, and biggest prize purse to date, this year's 15th edition proved to be no exception. 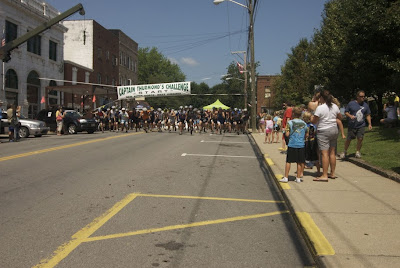 In past years, the race required a shuttle to the start in the old-timey river resort of Thurmond. But to make it a bit more spectator friendly the past few editions have started and finished in Fayetteville. We start downtown in a carnival atmosphere at a very gentlemanly 12:00pm, just the right time to make it good and hot during the toughest part of the race.
Racers line up in front of the courthouse for the leman's start (we run to our bikes which are staged about 100 meters down the road). No easy thing to do with Kevlar biking shoes on pavement! Check out this video from last year's start.

I've done this race several times. I've finished first and I've finished dead last. For me, my results usually get dictated by the way I start. This year, I decided to keep it cool and stay under the red zone and try to finish strong. There are relay teams in the mix and you never know who is pulling a strong solo bike leg and who is going balls out just to pass the baton and bail at the next transition. I wasn't going to worry this time and would just do my own thing for the bike section. 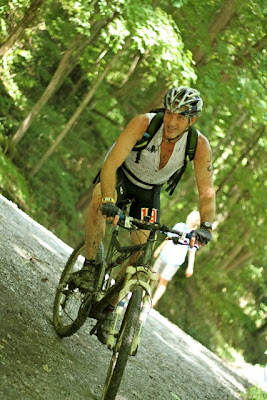 The bike leg is a big paved hill right from the start. Its usually very important to get out in front here before dropping into the single track. I went out pretty hard but kept it manageable and hit the trail in about 6th place. This section is 13 miles long and has some tight technical, wet and rooty trail mixed in with some screaming fast gravel downhills. I was able to pass a few folks but had to let a few go so I could keep my HR under control.

The trail ends in a 1 mile super steep paved grade down to the river. I have hit 50MPH there before. This year, the National Park Service decided (in their infinite wisdom) to enforce their 10 MPH speed limit. They said that they would "detain and fine" anyone exceeding this speed. For that reason, the race director asked for all racers to treat this as a no-pass zone. Whatever place you were in when you exited the forest, you should just cool down and coast (or in most cases, ride your brakes) into the transition. Indeed the NPS was out in force and clocking our speeds. Amazing use of taxes. I was matching last year's champ, Brian Menzies, to this point but let him drift off toward the end of the pavement. I had a pretty slow transition to the boat and let him slip away with a minute lead. 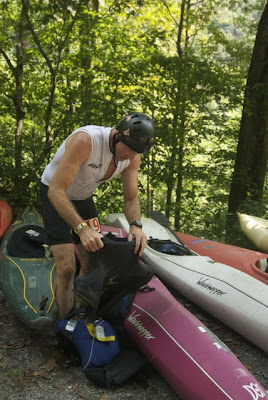 The river was a bit lower this year but always exciting. I put in the water in about 4th position and had a pretty solid run. I could see Brian the whole way but made no ground on him. In fact he was putting time on me for the entire course. The raft traffic was heavy as usual but I managed to time my entries in the major rapids to avoid being steamrolled by the large rubber beasts. I kept good lines until the last two rapids where I lost focus slightly and got turned around backward. 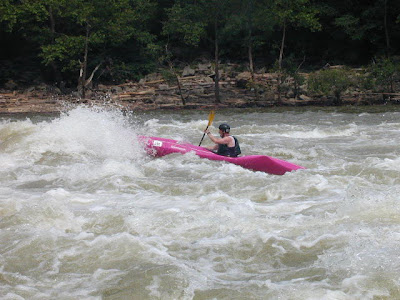 My 13' long down river boat is not an easy machine to spin around so I lost a bit of time with these lapses. I came out of the boat in 2nd place but Brian was now a full two minutes up on me heading into the hardest part of the race...the monster climb out of the gorge. 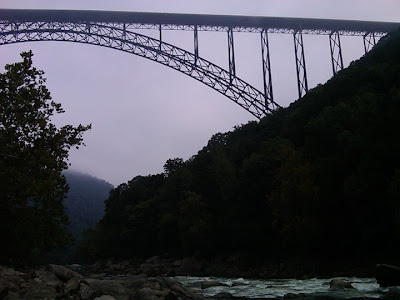 I had nearly drained my 2 liter Inov8 RacePro18 Hydration Pack during the bike leg and had been sipping on an additional water bladder during the paddle so I was in pretty good shape going into the run. I felt good. I could no longer see Brian ahead of me because of the terrain but I knew I could make some ground on him. It would all boil down to how good was HE feeling. Apparently, pretty good. I took a full 8 minutes off my run time from last year but was only able to make up 65 seconds on him for the 8 mile run back into Fayetteville. I ended up in 2nd place just a handful of seconds behind him. Same order as last year, but much tighter. I was really hoping to make this my last time at this event and go out on top. I stayed in control the entire way and never really redlined except right at the start. I felt very good in my trusty Inov8 X-Talon 212's. They were the perfect choice for this trail system. With all that going for me, I may just have to give it one more try. 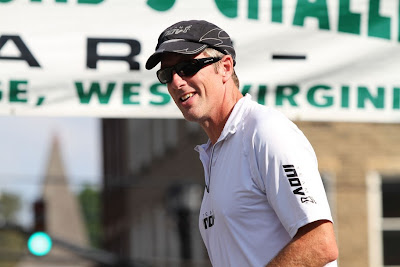